The Tatmadaw has still detained the Chin State Chief Minister, some ministers and the speaker of Chin State parliament, while other ministers are under house arrest. 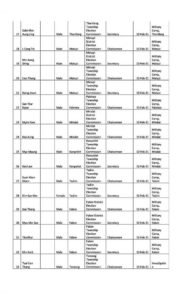 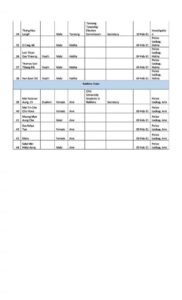 Minister for Social Affairs U Paung Lun Min Htan, Minister for Transport and Communication U Shwe Htee Oh, Minister for Forest U Mann Hin Dar and Minister for Planning and Finance U Wai Kaw are under house arrest in Haka.

According to the statement by Chin Human Rights Organization, the total number of the detainees since the February 1 coup has reached 38 in Chin State. Six Chin ethnics are also arrested in Ann Township of Arakan State.

Salai San Hnin Lyan, a head of the Chin Human Rights Organization said: “We denounce the arrests of election officials, activists and politicians across the country, including the heads of the State. We call for the release of all detainees and demand an end to arrests. The actions by the Tatmadaw are disrupting the path of national reconciliation and transition towards democracy. The coup has also been denounced by the international community.”